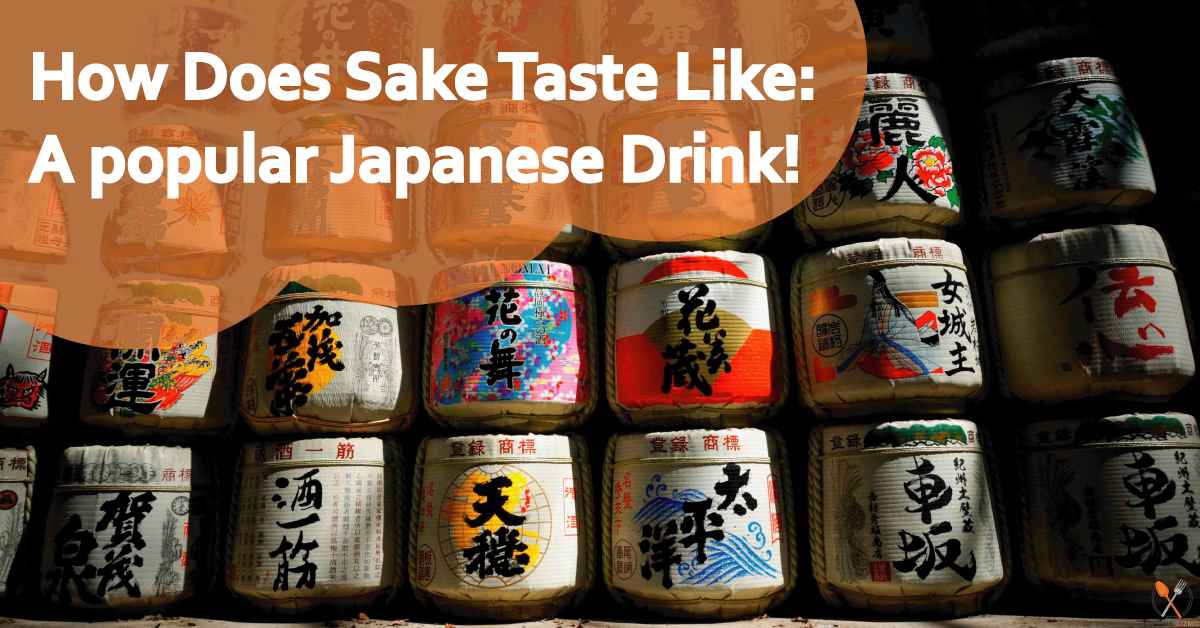 In this article, you will come to know a brief review of, “What Does Sake Taste Like?” Sake is an alcoholic drink produced from rice. It seems incredible, right? But in spite of that, Sake is not the same as beer and other alcoholic beverages because, unlike beer, starch becomes alcohol in one go, while starch first becomes sugar and then alcohol.

The Sake (also known as Nihonshu in Japanese), introduced in Japan 2500 years ago, is a nutritious drink produced from fermented rice. Thanks to its extraordinary quality and increasingly popular trend in Japanese cuisine worldwide, this drink is offered in many drink outlets and restaurants so, if you want to know precisely what Sake is and What Does Sake Taste Like? check out the answers in this post!

How To Drink Sake?

There are different types of sake, each with different flavors and aromas. There are lots of variables that determine these differences. Our classification system based on the polishing of brown rice has resulted in three categories of Sake: Junmai, Ginjo, and Daiginjo. It is crucial that the polishing work takes a lot of care and greatly impacts the quality of the beer.

Three different types of sake are as follows:

The Japanese word for pure rice is Junmai. This is classified as a rice polishing ratio below 70% at Tippsy. There is a range between 70% and 55%. Junmai rice has a rich flavor that holds well at warm temperatures. You can appreciate the bold flavors of junmai when you pair it with dishes that have intense flavors. As a matter of fact, for Sake described simply as junmai, there is no required minimum polishing ratio; but most breweries choose somewhere around 70%. By this point, rice is relatively well-suited for sake production and supplies enough Umami to complement full flavors frequently associated with junmai sake.

Ginjo-shu is Sake brewed with white rice at a rice polishing ratio below 60%, using a low-temperature fermentation method known as ginjo zukuri.

A flowery, fruity taste defines Styles with a thin, smooth taste and ginjo-ka aromas. Generally, these wines are best consumed chilled or at temperatures between 45 and 47 degrees Fahrenheit. In addition to the ginjo zukuri technique, new advances in yeast strains have led to varieties that produce large amounts of specific aroma components.

Junmai Daiginjo sake has the highest milling standards in the sake market, with a minimum of 50% rice polishing and 50% remaining after milling. However, this standard is often surpassed by sake brewers looking to push the rice milling envelope, resulting in sakes that can be milled down to 35% down to 23%, and even 7% remaining.

How to Serve Sake?

How Long Does Sake Last?

Sake bottles generally do not have an expiration date printed on them since this is not a mandate.

But in spite of that, you can see the manufacturing date on the label. Sake was bottled but not brewed on this date.

While Sake will never deteriorate to the point of being unfit for consumption, over time, it will degrade. It means that the Sake will cease to be of the highest quality after some time, and its taste may change. For example, keeping an unopened bottle of Sake in the pantry or cabinet for six years may be okay, but the taste maybe not be as good.

To maximize its quality, you should consume the bottle within a day of opening it.

If you cannot finish the bottle in one sitting, you can keep it in the fridge for a few weeks.

The table below shows “How long does sake last?”

Did you enjoy reading this article? Share your views in the comments section!

How Much Does a Chicken Breast Weigh?

Lemon Zest: How to zest a lemon?