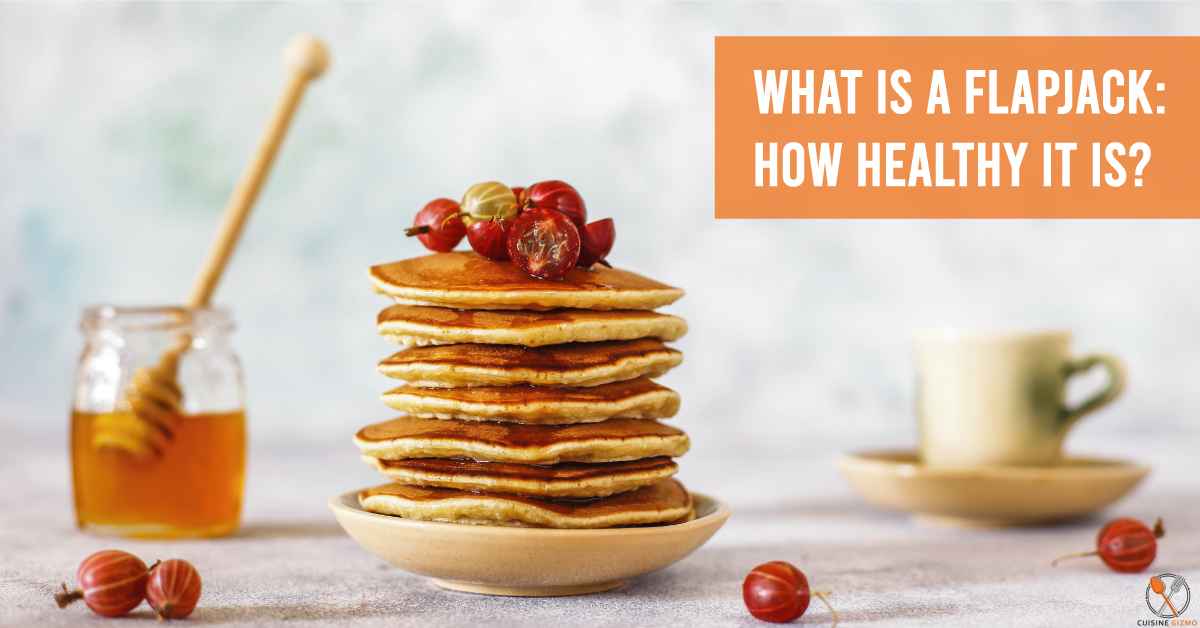 The article covers the brief description of “What is a flapjack” and the comparison of “flapjacks vs pancakes.” Flapjack’s delicious aroma is enough to bring kids as well as adults to your kitchen. They cook in minutes and always provide the perfect satisfying flavor you want to start your day with. This delightful oat bar recipe contains oats, butter, sugar, and golden syrup, and it’s baked until lightly browned and caramelized to a deliciously deep flavor! The term flapjack originates from the United Kingdom, where it refers to a baked bar made of oats, butter, golden syrup, and sugar, which is baked and cut into small rectangles. Come find out “what is a flapjack” and other information about this delectable treat!

What is a Flapjack?

The term “flapjack” has a different meaning in other countries. Traditionally baked on a large sheet pan, flapjacks are chewy, dense bar cookies similar to brownies. Their ingredients vary widely, but usually, they contain nuts and fruit. The United States makes flapjacks from sweet flatbreads cooked over a griddle. The pancake is a staple of American cuisine and is commonly called hotcakes, pancakes, or griddlecakes.

The texture of flapjacks is typically thin, chewy, and a bit crispy because their batter is runnier than pancake batter. A stack consists of individual hotcakes layered with ingredients.

Yes, there is a little difference between hotcakes and pancakes. While pancakes are generally considered a sweet breakfast food, hot cake is a much more general term that can refer to small baked, fried cakes in a broad sense.

Pancakes are generally large and soft in texture. By contrast, hotcakes usually refer to thicker and denser cakes with a narrower diameter than pancakes, which do not tear easily when harvested. Although hotcakes are typically sweet, they are very versatile. There are many varieties, including salty, potato-based, butter, salty, and scone-like, that you don’t need to order for breakfast or consider traditional breakfast food.

How Healthy is a Flapjack?

Each serving of British flapjack contains 2 ounces. There are 180 calories in each serving. Each British flapjack provides 9 percent of your daily caloric intake if you consume 2,000 calories. Oats offer most of the calories, but butter and golden syrup also contribute significantly. Substitutes do not work well; cut the flapjack in half if you don’t want 180 calories. Additions like banana, chocolate, or honey increase the calories per flapjack by up to 100 calories and properly know about what is a flapjack.

Flapjacks contain high sugar, syrup, and butter levels, making them unhealthier than a delicious treat to consume occasionally. It is still essential to refrain from overeating fat (but still eat them in moderation), but alternative low-calorie recipes contain less sugar and butter. You can certainly eat it as part of a balanced diet no matter what type you get.

Hopefully, you liked my article on, “what is a flapjack?”

How To Cut An Apple: Peel, Cut, and Slice