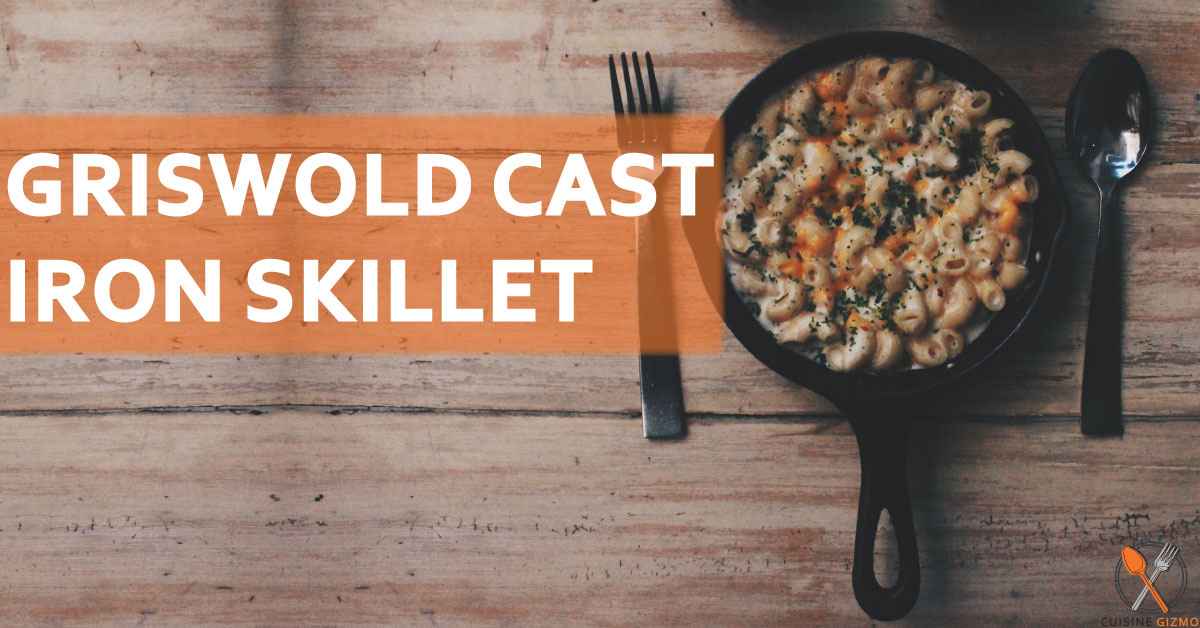 Griswold cast iron skillet is the result of a family business created in 1865 when the Selden and Griswold families of Pennsylvania transformed a small family business into a new business. Matthew Griswold, his cousins J.C. and Samuel Selden founded the company. Their first product was door hinges. They expanded their business to dishes after that, which quickly became the best iron cast cookware worldwide.

Many of the cooking items you can find on the market have the ERIE mark on the bottom because the original factory is located in Erie, Pennsylvania. They first used the ERIE logo for their cookware. An enormous fire devastated the Selden factory shortly after Matthew Griswold paid the Selden family off in 1884. As soon as Griswold rebuilt the facilities, he called the new business Griswold Manufacturing Company. In the years that followed, it has grown into one of the most respected cast iron companies in the country. You can spend anywhere from $200 to $1000 on a used Griswold skillet. When it comes to quality and prestige, you should consider investing in a Griswold cast iron skillet used. The money you spend on it won’t be wasted. It is impossible to buy a new one since their production ended over 65 years ago.
A Griswold cast iron skillet commands a high price. Despite their weight, they are constructed with top-notch craftsmanship. Griswold’s skillets offer a complete package that’s difficult to find elsewhere. Elegance, prestige, functionality, and durability are all present in this product.

Griswold skillets have a rounded shape and are quite thick. The bottom of the bags is stamped with a trademark. In addition to the name, these skillets will commonly include the phrase “Erie PA, United States of America”. Two unique numbers appear above and below the words.
The trademark was originally in italics, but the font was changed to bold in 1920. 1924 was the year they started making Griswold cast iron skillets with heat rings and 13 inches. The trademark was reverted to italics in 1939.
In the past, Griswold cast iron skillets have gone through several design changes. Despite all the evolutions, the functionality remained top-notch.

If you’re a fan of cast iron skillets, you will agree that they are quite heavy. In this case, Griswold cast iron skillet stands out. It is amazing how lightweight this skillet is! Almost half as much as the Lodge cast iron skillet, it weighs around 3.8 pounds.
Furthermore, the cast iron skillet from Griswold is thinner than most modern ones. This is thin steel, with a thickness of just 0.12 inches, while Lodge is about 0.15 inches thick.

How much you should pay for Griswold Cast Iron Skillet?

The availability of some Griswold cast iron skillets is more variable than others. There is a growing sentiment that Griswold cast iron is the brand to collect but some asking for very high prices that are crazy.
In many cases, however, sellers value their sellers at the market value. The vintage cast iron trader, especially. Additionally, you can check the sold listings on eBay. That way, you will get an idea of the worth of your skillet. Your future generations will appreciate the simplicity and convenience of shopping for Griswold cast iron skillets. Durable construction makes the Griswold skillet ideal for ensuring lasting precision cooking for as long as you can imagine. It is a great idea to repurpose antique kitchen tools back into useful items. There’s nothing like frying the main course in cast iron when a world of quick-cooking everything surrounds you.

It is my hope that you will find my article about Griswold cast iron skillet useful.